We can tell you all about the work of the Eureka Prize winners today – from tiny crystals shining a light on diseased cells, to salt batteries for renewable energy, and more.

The winners were announced at a fantastic dinner last night at the Sydney Town Hall, with hundreds of guests from science, business, government, and media.

Nicknamed the ‘Oscars of Australian science,’ these awards recognise researchers, leaders and communicators breaking new ground in their fields and inspiring those around them to follow suit.

There are also prizes for budding scientists or science communicators in the primary and secondary school sections. You can see the winner of the secondary prize Paige Bebee with her grandfather… on the front page of the Age and the Sydney Morning Herald this morning.

Also look out for the amazing winners and finalists of the Eureka Prize for Science Photography.

Press releases, videos and photos are all online and on twitter: @eurekaprizes @scienceinpublic, and #eureka15.

Also in this bulletin:

If you’d like to find out more drop me a line. 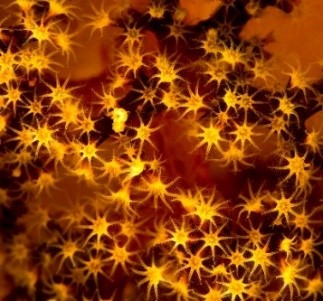 Last night the 2015 Australian Museum Eureka Prizes winners were announced at a gala Award Dinner at Sydney Town Hall, affectionately referred to as the Oscars of Australian science. A total of 16 prizes were given for outstanding contributions to Australian science, including new prizes for international scientific collaboration and rural innovation.

“It’s an honour to be able to recognise and reward the very best of the valuable, inspiring scientific research being done around the country,” Kim McKay AO, Executive Director and CEO of the Australian Museum said.

“The sponsors and supporters of the Eureka Prizes help us reward excellence in Australian science and I take my hat off to them,” she said.

Established in 1827, the Australian Museum is the nation’s first museum and one of its foremost scientific research, educational and cultural institutions. The Eureka Prizes are the most comprehensive national science awards, honouring excellence in Research and Innovation, Leadership, Science Communication and Journalism, and School Science.

The medal is presented to an individual staff member, senior fellow or team from the Australian Museum for outstanding science and communication of their research outcomes and recognised Dr Eldridge’s work informing conservation and biodiversity management, and his outstanding mentorship.

Full media releases for each prize winner are available at australianmuseum.net.au/eureka.

Next year’s Australian Museum Eureka Prizes will open for nominations on 5 February, and will include the brand new Johnson and Johnson Eureka Prize for Innovation in Medical Research.

This year’s $25,000 L’Oréal Australia & New Zealand For Women in Science Fellowships will be awarded in Sydney on Tuesday 8 September 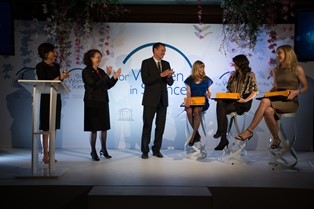 It’s the Fellowships ninth year in Australia and once again L’Oréal Australia are awarding three future leaders of Australian science with Fellowships to help them consolidate their careers.

The inaugural L’Oréal New Zealand For Women in Science Fellowship will also be presented.

The Fellows will be announced at 4pm on Tuesday 8 September via @LOrealAustraliaand and @Sci_Women. The awards will be presented at a dinner at Est. restaurant that evening.

Once again the jury found it challenging to pick just four Fellows from the 240 applications.

“These candidates are amazing. I am feeling simultaneously really inspired and rather mediocre,” said Angela Moles, former L’Oréal Fellow, Prime Minister’s Prize winner, Eureka Prize winner and a member of the For Women in Science jury.

The day after the Ceremony we’re also bringing the Girls in Science forum to the University of New South Wales.

It’s a hugely popular event where high school students can hear from the Fellows about their research and experience as women in science. Students will then tour the facilities at UNSW seeing science in action in the labs.

Last year 100 students worked with scientists at La Trobe University, University of Melbourne and the Australian Synchrotron to answer those very questions, as part of the Growing Tall Poppies Science Partnership Program.

More than 750 students from 12 Victorian schools have participated in the program since it began in 2008: ‘growing science-minded’ students, scientists and citizens by getting kids to collaborate with real scientists.

The pilot project at Santa Maria College in Melbourne has increased girls’ engagement with science and increased the retention of girls to Year 12 physics to 80 per cent.

These immersion programs are giving students a real-world understanding of science and its role in society – and recent funding from the Australian Government Australian Maths and Science Partnership Program is helping to grow these initiatives nationally.

On 14 September, Growing Tall Poppies will be celebrating this funding and announcing the Teacher and Junior Tall Poppies Awards for 2015.

RSVP below to find out how your school, university, or science organisation can get involved.

When: Monday 14 September
Time: 5:30pm for 6pm start, networking to follow.
Where: Royal Society of Victoria
RSVP via Eventbrite https://growing-tall-poppies-2015-awards.eventbrite.com

Contact me to find out more about our services to train, mentor, plan and deliver media and communication strategies for science.  We offer:

Communication plans, mentoring and training
We can review your stakeholders, messages and tools and help you and your communication team refine your plans. We offer this service for individual announcements or for a whole program or institute.

Media releases, launches, and campaigns
We can help you develop an outreach program, from a simple media release through to a launch, a summit, a conference, or a film.

Publications and copy-writing
From a tweet to a newsletter; from a brochure to a Nature supplement, we can write compelling and accurate science-driven copy which captures the essence of your story and purpose.
Kind regards,
________