Congratulations to Chennupati Jagadish, whose work on semiconductor optoelectronics and nanotechnology has earned him the 2013 Walter Boas Medal. Jagadish will receive his award and deliver a lecture at a meeting of our Victorian branch later this year, and I look forward to hearing more about his research.

Gravitational waves will star in this year’s Women in Physics lecturers, to be delivered by Professor Sheila Rowan from the University of Glasgow. She’s known for being an excellent communicator, and we’ll bring you details of her national tour, with talks for schools and the public in October and November.

We’re also sponsoring delegates to the International Women in Physics Conference, with Australia’s team to be led by Cathy Foley (CSIRO), along with Helen Maynard-Casely (ANSTO) and Margaret Wegener (University of Queensland). The conference runs from 5 to 8 August in Waterloo, Canada, and is put on by the International Union of Pure and Applied Physics. We’ll get to hear all about it at our own Congress in Canberra in December.

As for me, I’ve just returned from a trip to England and Japan, which wasn’t all business but did give me the chance to visit research institutes in both countries. And I got to meet our counterparts in the UK Institute of Physics, including their President Frances Saunders, who will also attend our Congress.

The Congress itself is shaping up to be a great event. As well as an array of distinguished speakers, the theme ‘The Art of Physics’ will be realised with an exhibition of works on the subject of Velocity. There will also be a tour of the historic Mt Stromlo Observatory, and cosmologist Lawrence Krauss will deliver the closing night’s public lecture.

We had so many Queen’s Birthday Honours to list in our last bulletin that inevitably we left someone out. Hearty and belated congratulations go to medical physicist and AIP member Tomas Kron, from the Peter MacCallum Cancer Centre, who received a Medal of the Order of Australia for service to medicine and to research and education.

Sadly missed will be Professor George Dracoulis of the Australian National University, who died on 19 June 2014. George achieved international acclaim and was elected to the Australian Academy of Science for his significant contributions to the spectroscopy of very neutron-deficient nuclei and to the understanding of unusual nuclear states, particularly through the elucidation of the interplay between single-particle and collective degrees of freedom. 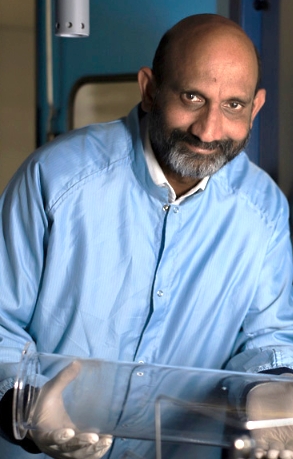 Professor Chennupati Jagadish from the Australian National University (ANU) has been awarded the AIP’s 2013 Walter Boas Medal for excellence in physics research.

Jagadish’s work is in the fields of compound semiconductor optoelectronics and nanotechnology, where he has developed new ways of growing quantum dots, nanowires and semiconductor lasers through techniques such as metal organic chemical vapour deposition.

After achieving his PhD and lecturing at the University of Delhi in India, Jagadish worked as a post-doctoral research fellow at Queen’s University in Kingston, Canada. He moved to Australia in 1990 and established a major research program in his chosen fields.

Jagadish is currently an Australian Laureate Fellow, Distinguished Professor and Head of Semiconductor Optoelectronics and Nanotechnology Group in the Department of Electronic Materials Engineering, Research School of Physical Sciences and Engineering, ANU.

The AIP will present Jagadish with his Boas Medal later in the year at a meeting of the Victorian Branch, where he will also give a lecture on his work. In the meantime, you can read more about his research in the ANU ScienceWise articles, “Taking the strain out of quantum lasers” and “Golden seeds grow nanowire lasers”.

A rich taste of the Art of Physics awaits you at the AIP Congress in Canberra in December, with exciting events already confirmed and submitted abstracts being selected for the program.

Running alongside the Congress, the ANU will host an exhibition titled Velocity, which brings together paintings by Robert Boynes, Jon Cattapan and Derek O’Connor, video installations by Merilyn Fairskye and the British duo Semiconductor, and photographs by Gilbert Bel-Bachir, that prompt reflection on technology and the phenomena of speed.

On the scientific side, the Congress’s public lecture will be delivered by visiting US cosmologist Lawrence Krauss on 11 December. As a prolific author of popular science books and articles, as well as scientific publications, his talk is sure to be well attended.

And in the Congress’s social program, attendees will be able to join a tour of Canberra’s historic Mt Stromlo Observatory, with drinks and canapes.

Registrations for the Congress are now open. Go to www.aip2014.org.au.

School students from around Australia can Frame their Physics and make a video of up to three minutes as part of an AIP competition.

The contest runs until 31 October, so get filming now! Find out more at www.aip.org.au/act/Frame_Your_Physics.

Meanwhile, our Victorian branch is running another contest just for Victorian schools, in which students are asked to film a Q&A between two or more people on the science of climate change. You can find out more at www.vicphysics.org/videocontest.html.

If that wasn’t enough, the Victorian branch is also holding a photo contest, for pictures depicting physics in everyday life. Again, this is only open to Victorian school students. Find out more at www.vicphysics.org/photocontest.html.

The Victorian photo and video contests both close on the first day of term 4, 6 October.

Registrations are now open for this team contest, in which students conduct experiments and then present and defend their findings—and challenge other teams.

The tournament, run by the AIP Victorian branch, involves teams of three year 11 and 10 physics students conducting experiments throughout the year. They then meet for a final confrontation at Quantum Victorian in Macleod West on 2 and 3 December.

This year’s topics are:

For more information and examples from previous tournaments, see www.vicphysics.org/vypt.html. 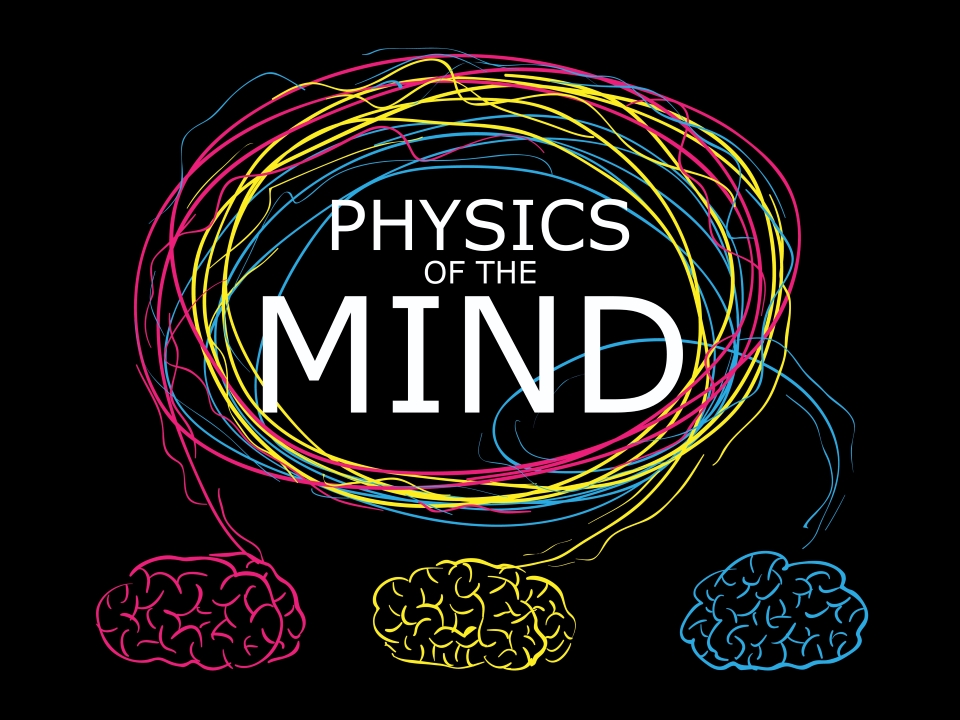 The mind underpins all industries imaginable, which is why our NSW branch is making it the theme of this year’s Physics in Industry day.

Understanding how the mind works could boost knowledge-based industries via productivity gains or neural enhancements. And understanding thought and consciousness may lead to machines that excel in science and art the way that robots currently populate production lines.

A wonderful mix of speakers will investigate the mind from their diverse standpoints, including:

For more information to get your mind moving, see physics-industry.com.

Australian physicists have contributed a great deal to medical imaging, and now PhD students can help pioneer the next generation of techniques at atomic, molecular, cellular and whole-animal levels at the new ARC Centre of Excellence for Advanced Molecular Imaging.

As well as interdisciplinary projects using physics, chemistry and biology to advance the understanding of immunity, the PhD program offers collaboration with multiple partner institutions globally and use of state-of-the-art infrastructure.

For more information, including details of research programs and Centre staff, see www.imagingcoe.org/jobs.html.

Western Australia’s Murdoch University is seeking a professor or associate professor in physics, as well as two lecturers or senior lecturers, to join its School of Engineering and Information Technology.

Find out more at jobs.murdoch.edu.au.

In 2015, they will be awarding the CSIRO Alumni Scholarship in Physics, which aims to connect the brightest young physicists or mathematicians to a leading research centre overseas or in Australia. Research in physics and mathematics is fundamental for Australia’s future. The founders of this scholarship know that early experience in leading overseas laboratories greatly benefits Australian research and the graduate.

The scholarship has been established to honour the memory of Drs John Dunlop, Tony Farmer, Gerry Haddad and Don Price, with generous donations from their families, friends and colleagues and the Alumni in conjunction with the Laboratories Credit Union.  The Alumni hope to offer a similar scholarship annually.

The 2015 CSIRO Alumni Scholarship in Physics will be a post-graduate travel scholarship, which will fund an airfare up to $3,000 to visit and/or conduct research in an overseas or interstate institution such as a university or research establishment of international standing in the field.

Well done to all the students and the team organisers for a successful Olympiad.

Why do students leave physics?

Earlier this month, The Guardian published an article by a British high school student, Sarah Chitson, explaining why she was dropping physics for her A-levels.

One of Sarah’s main reasons was that she found it hard to relate physics to everyday life. This was in contrast to a subject like biology, where the human applications for topics like stem cells were more apparent.

She was also influenced by the lack of female physics teachers, although she stressed that she didn’t feel she was being trapped by stereotypes.

Many of these same points could apply in Australia as well, so Sarah’s observations give us valuable insight into how to entice students to remain in physics and help ensure our research future.

Read the article at The Guardian online.

Exploring the frontiers of size and energy at the Large Hadron Collider: Sub-atomic particles, the Higgs Boson and beyond

Chris Rogan gives an introduction to the subatomic world, the particles that reside there and the forces that govern them.

Tour of the Telecom Museum

As a Tools of Science novelty we’ll be visiting the Telemuseum, with former engineer Leo Moloney as our guide.

For National Science Week, the University of Tasmania will host lectures by 2011 Nobel Laureate Brian Schmidt, describing the discovery of Dark Energy.

The hunt for dark matter

Juan Collar from the University of Chicago will describe how teams of researchers worldwide search for dark matter particles.

Orsola De Marco reveals the fascinating world of astrophysicists from her personal experience.

Operating temperatures of 30,000 °C to be reached in the H1 nuclear fusion experiment at ANU.

Ocean temperatures under ice shelves could be increased by wind shifts, according to UNSW models.

Magnetic fields used to link superconducting qubits by researchers from Macquarie University and University of Queensland.

University of Sydney astronomer finds coordinated motion of dwarf satellites around 50 per cent of galaxies.

RMIT University researchers use high-frequency sound waves to control a thin film of fluid and create patterns on a microchip.

Distant galaxy soon to be ‘red and dead’

Clare Kenyon: How do I tackle the VCE physics exam?
Thu, 4 Sep 2014, 6pm
Hercus Theatre, School of Physics, The University of Melbourne
For students

NEW The Most Massive Galaxies and their Precursors
9–12 February 2015, Sydney, NSW