The Australia Day Honours list again includes one of our own, with science communicator and AIP member Mike Gore being made Officer of the Order of Australia for his decades of work in public outreach and education. This recognises his roles in setting up the Questacon National Science Centre, the travelling Shell Questacon Science Circus and the Centre for Public Awareness of Science at ANU.

Last week saw the official launch of the International Year of Light in Paris. The AIP is proud to support the year’s Australian activities, which celebrate optics, astronomy and anything else involving light. You can read more below.

Next Monday the AIP’s annual general meeting will be held in Melbourne, and I once again encourage any members who are able to attend. This will include the election of, and handover to, the new Executive Committee, marking the end of the current team’s two-year term.

That means that this will be my last bulletin as AIP President. It’s been a privilege for me to serve and contribute to the Institute’s evolution over the past two years.

Reflecting on this time, there are encouraging signs that we’ve turned around our fall in membership numbers—a problem plaguing many professional societies. We’ve also embraced the trend of regional collaboration, forging tighter links in the Asia-Pacific and opening unique opportunities beyond from Europe and America.

These links further strengthen at the Asia-Pacific Physics Conference and AIP Congress to be held in Brisbane, 4–8 December 2016. This joint meeting will be chaired by Halina Rubinsztein-Dunlop and Warrick Crouch, who is also the AIP’s new incoming president.

With such a promising future there’s no better time for AIP members to get involved and encourage their colleagues, students and friends of physics to be part of the Institute and its activities.

Please note that replies to this email go to Science in Public, who send the bulletin out for me. You can contact me, and then Warrick, directly on aip_president@aip.org.au, and there is a comprehensive list of contact details at the end of the bulletin.

Our monthly emails list physics events around the country (see below), but did you know you can follow our calendar between bulletins?

The AIP Events Calendar includes functions organised by the AIP, public lectures, events for teachers and students and conferences.

You can add our feed to your own calendar or subscribe to receive weekly event notifications by email.

You can even submit your own physics event to be included on our calendar.

Presentations from the AIP Congress

Copies of most of the presentations given at our Congress in Canberra in December 2014 are now available at the AIP Congress website.

(Please note that some speakers haven’t provided their presentations or requested that theirs not be published.)

You can also view a gallery of photos from the Congress. 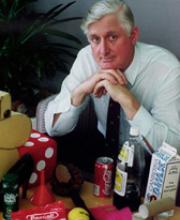 Champion of science outreach and communication, AIP member Mike Gore, has been made an Officer of the Order of Australia (AO) in the Australia Day Honours.

A love of science education from teaching physics at the Australian National University (ANU) led Mike to establish Questacon, the National Science Centre in Canberra, as well as the travelling Shell Questacon Science Circus, which this year is celebrating its 30th anniversary.

Both Questacon and the Science Circus have served as models for other science centres and programs around Australia and internationally, with Mike being invited to other countries to help them emulate his success.

He also helped found, and is currently Adjunct Professor at, the Centre for the Public Awareness of Science at ANU, which researches and educates in science communication.

Mike obtained his PhD in electrical engineering at Leeds University and in 1962 moved to Australia to take up a role at the ANU, where he taught physics for the next 25 years.

In the 1980s he served for a time as scientific advisor to the ABC TV series Towards 2000, before becoming foundation director of Questacon. He remained in that role until he returned to academia in 1999.

Among the recognition Mike has earned over his career is the 2001 AIP Award for Outstanding Service to Physics in Australia.

You can read more about Mike and his achievements at the Australian National University.

Paris lights up for the Year of Light 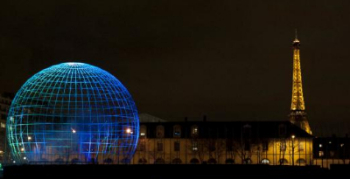 The world’s best and brightest minds in the fields of light and light-based technologies gathered this week in Paris to celebrate the official Opening Ceremony of the International Year of Light.

Over a thousand participants attended the two-day event, which brought together decision-makers, industry representatives and leading scientists from around the globe. The event included lectures by five Nobel Prize laureates, including Ahmed Zewail, Steven Chu, William Phillips, Serge Haroche and Zhores Alferov.

Staying true to the spirit of the Year, people who didn’t attend the ceremony in person were able to beam themselves into the festivities using the power of light! This was made possible through an interactive light display, which projected tweets including the tag #IYL2015 throughout the event.

Another highlight was the kick-off of the 1001 Inventions and the World of Ibn Al-Haytham campaign, created by UNESCO in partnership with the science and cultural heritage organisation 1001 Inventions. Ibn Al-Haytham, a 10th century scholar from Basra (Iraq), is considered to be the father of modern optics and of the present-day scientific experimental method. The Year coincides with the 1,000th anniversary of his seminal work, Kitab al-Manazir (Book of Optics).

Ben Eggleton, an Australian Year of Light Committee member, attended and tweeted throughout the Paris event. Ben’s updates are available on his twitter feed @ProfBenEggleton. Also, you can read more about the latest news from the event and the rest of the Year by following @IYL2015 (for international updates) and @LightYearAu (for Australian updates).

Purchase tickets now if you want to attend.

The Known Unknowns of the Universe

Ray Volkas will survey the challenges to fundamental physics posed by the discovery of dark matter and neutrino masses, and the enduring question of why the universe is bereft of antimatter.

For students and teachers

Put your physics to the test on Luna Park rides.

For the first time ever, a Swinburne University PhD student has used CSIRO’s Parkes radio telescope to observe live a mysterious flash of radio waves from an unknown source.

Astronomers at the University of Adelaide have discovered three new sources, including a ‘super-bubble’ 270 light years across.

Study suggests that stereotypes in fields like physics discourage women, who prefer fields where hard work is perceived to matter more.

New apps in development let citizen scientists use the camera chips in their smartphones to detect particles produced by cosmic rays.

Astronomy from the Ground Up Teacher Workshop
Fri, 15 May 2015
Parkes Radio Telescope, Newell Hwy (20 km north of Parkes)
For teachers

The Most Massive Galaxies and their Precursors
9–12 February 2015, Luna Park, Sydney, NSW