Posted on behalf of Rob Robinson, President of the Australian Institute of Physics

This December we’re celebrating ‘The Art of Physics’—from the art of being a physicist to the extension of physics into the world of art—at the AIP’s 21st biennial Congress.

We already have some great speakers lined up, including Nobel laureate and former US Energy Secretary Dr Steven Chu. And it’s our chance to catch up with colleagues and see what’s happening across the various sub-disciplines.

Registration opens next month for the Congress, which will run 7-11 December at the ANU in Canberra.

One of the highlights of the conference for me will be to present the AIP’s medals and awards for outstanding research and contributions to physics. There are six awards, and nominations are open now.

We also have another honour to celebrate: Professor Ron Ekers has won the Grote Reber Gold Medal for radio astronomy. Ron has a distinguished history of research into radio emissions from our and other galaxies, as well as the development of instruments and techniques for making radio images. This includes his leading advocacy for the Square Kilometre Array.

Fundamental physics research like this is valuable not only for its own sake, but for the benefits—often unexpected—that flow on into technology and other fields. AIP members Michelle Simmons, Chennupati Jagadish and David Jamieson argued that physics can be a force for future security in a recent article published by The Conversation and the Office of the Chief Scientist in their Australia 2025 series.

Of course, one way to help grow physics as a discipline to secure its and Australia’s future is to encourage others to join the AIP. Please pass this bulletin on to your non-member colleagues; or if you’ve had this email passed on to you, please consider becoming a member.

Surely the biggest event on the Australian physics calendar this year is the 21st biennial AIP Congress, to be held at the Australian National University in Canberra from 7-11 December 2014.

This year our theme is ‘The Art of Physics’, in recognition of the artistry of our work, the beauty of the images we create, and our interaction with the artist community.  Appreciation of this beauty is an important route for capturing the imagination of others, so we’ll be encouraging our conference presenters to highlight the art in their own physics.

Included in the Congress will also be the annual meeting of the Australian Optical Society, as well as the many other technical groups and discipline areas associated with the AIP.

Registrations and the call for abstracts will open in March. For further details watch the website www.aip2014.org.au.

The Institute recognises achievement in physics through its medals and awards. We’re currently calling for nominations for the following prizes:

The AIP President will present these awards at the 2014 Congress in Canberra in December.

Send nominations for the awards, except the Bragg Gold Medal, to Olivia Samardzic, olivia.samardzic@defence.gov.au, by 31 May 2014.

Further information on all the awards and details on the Bragg Gold Medal nomination process can be found on the AIP website. 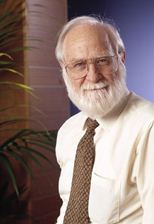 AIP member Professor Ron Ekers has been named as this year’s winner of the Grote Reber Gold Medal for innovative and significant contributions to radio astronomy.

Ron’s many achievements include determining the luminosity function of radio galaxies, measuring radio wave deflection by the Sun’s gravitational field, making high-resolution radio images of the center of the Galaxy, determining the Galaxy’s magnetic field through pulsar observations, and developing computer languages and techniques for analysing radio images.

He was also a leading advocate for the Square Kilometre Array (SKA), and is currently leading a project to investigate how to use the SKA to detect radio emissions from ultra-high energy cosmic neutrinos striking the moon.

He was the Foundation Director of CSIRO’s Australia Telescope National Facility (ATNF) at Narrabri, and is a former director of the Very Large Array in New Mexico, USA. He is currently a CSIRO Fellow at the ATNF and Adjunct Professor at Curtin University in Perth and the Raman Research Institute in Bangalore, India.

Ron will be presented with his medal at the 31st General Assembly of the International Union of Radio Science, to be held in Beijing, China, in August 2014.

Following our last bulletin’s posting of a photo of the University of Queensland Department of Physics in 1992, Norman Heckenberg has uploaded two more, from 1977 and 1989.

This time the names are all known, and you can see them for yourself at physicsmuseum.uq.edu.au.

Physics is fundamental to Australia’s future

The Office of the Chief Scientist and The Conversation recently began a 12-part series titled Australia 2025: Smart Science.

This series of articles looks at what the various scientific disciplines can contribute to the aim of Australia in 2025 being “strong, prosperous, healthy and secure and positioned to benefit all Australians in a rapidly changing world.”

The trio talked about how fundamental research leads to technological developments, such as electronics, lasers and medical imaging, as well as contributions to other fields, like economics and minimal exploration, and to international collaboration. They also emphasised the importance of physics education to continue Australia’s performance in this field.

You can read and comment on their article at The Conversation.

Do you measure up to a metrology award?

Measurement underpins science, technology and other fields of knowledge, but we rarely celebrate its importance. Australia’s National Measurement Institute is focussing on the significant role that measurement plays in our everyday lives by offering two $2,000 awards for measurement excellence, to mark World Metrology Day, 20 May 2014.

The awards recognise achievements such as research into measurement techniques, applying these techniques to problems in industry, or leadership in measurement. One award will be given to an outstanding individual or group, the other to an individual under 35.

Women in physics in print

Our last bulletin highlighted the AIP’s emphasis this year on its Women in Physics programs. In that vein, we’ve been alerted to a new publication by the American Association of Physics Teachers (AAPT).

This book features 18 article reprints, including reviews, research, biographies and analysis of the role of women in science.

Pre-publication sales for the book are now open, with proceeds to support the endowment of the Melba Newell Phillips Medal. You can find out more and order a copy at the AAPT online store.

Michael S. Fuhrer from Monash University will try to give a sense of why graphene, a single atom-thick plane of graphite, has sparked, and continues to generate, such excitement in the condensed matter physics community.

The Australian Synchrotron in the International Year of Crystallography

Andrew Peele will discuss some of the outstanding science produced at the Australian Synchrotron that was made possible by the work of “Australia’s” W. L. Bragg.

Nominations for the IUPAP Young Scientist Prize in Computational Physics are open until 1 April 2014.

Scientists at CSIRO’s Australian National Telescope Facility have found evidence of incoming asteroids being vaporised by a pulsar’s radio beam.

Pushing Heisenberg to the limit

Physicists at the University of Queensland have experimentally tested theoretical limits on the accuracy of joint measurements of incompatible quantities.

QUT astrophysicists have released high-definition video footage of the November 2012 total solar eclipse for use in classroom experiments.

Modelling radiotherapy at the nanoscale

A PhD student at the University of Adelaide has developed a computer simulation of how cancer cells respond to radiation.

Astronomers from ANU and Monash University have identified a 13.6-billion-year-old star, from the second generation after the Big Bang.

Researchers from the University of Adelaide have designed a mid-infrared fibre laser that uses dual-wavelength pumping for 25 times more power.

John Macfarlane, the book review editor for Australian Physics, is seeking volunteers write a short review (300-500 words) of one of the following books:

Nothing: from absolute zero to cosmic oblivion

If your review is accepted for publication you may keep the book for your own use.

Rachel Webster: VCE Lecture 2 – Astronomy in Australia: Our part in the Big Picture
Thu, 6 Mar 2014, 6pm
Laby Theatre, School of Physics, The University of Melbourne
For students and teachers

Max Thompson: VCE Lecture 3 – When I was very young: Misconceptions in Physics
Thu, 20 Mar 2014, 6pm
Laby Theatre, School of Physics, The University of Melbourne
For students and teachers