Posted on behalf of Warrick Couch, President of the Australian Institute of Physics.

This is my first bulletin as AIP President, and I’m looking forward to carrying on in the spirit of my predecessor, Rob Robinson.

I’m an astronomer by trade, and especially interested in the evolution of galaxies. I’m the Director of the Australian Astronomical Observatory, and before that I was Director of the Centre for Astrophysics and Supercomputing at Swinburne University. A particular research highlight for me was being a member of the Supernova Cosmology Project, one of the two teams that discovered the universe’s accelerating expansion and whose leader, Saul Perlmutter, shared the 2011 Nobel Prize in Physics with Brian Schmidt and Adam Riess (from the other team).

This year at the AIP we’ll be focusing on growing our membership, and we’ll be asking for your help by encouraging colleagues to join. We’ll also be modernising our constitution this year. And now that our Women in Physics group has been reactivated, we’ll be making sure it gets noticed.

We’re also planning a new prize for our members who are early-career researchers. Details will be announced soon, but in the meantime nominations are open for the Walter Boas Medal for excellence in physics research, the Bragg Gold Medal for the best PhD thesis, and the AIP Award for Outstanding Service to Physics.

On top of this, our NSW branch has their own award for community outreach, won last year by space science educator Ken Silburn—more details are below.

In the spirit of the recent Oscars (and wasn’t it great to see some physics in the limelight this year), prize nomination season is truly upon us, with the Prime Minister’s Prizes for Science, the Eureka Prizes, the Australian Academy of Science’s honorific awards, FameLab and Tall Poppies all open for entries.

Coming up on 24–25 March, the AIP will be taking part in Science and Technology Australia’s annual Science Meets Parliament event, bringing researchers together with parliamentarians, policymakers and the media. Our representatives will be Joanna Turner (Qld), Peter Metaxas (WA) and Laurence Stamatescu (SA).

There is plenty more to read in this bulletin, with events from our state branches and physicists’ views on poetry and climate science. And don’t forget to check our News in Brief section, with highlights of research from around the country and around the world.

Medals and awards open for nominations

Every year, the AIP recognises the excellent work done by physicists around the country.  This year, we’re calling for nominations for the following prizes:

Nominations for all these prizes close on 1 July 2015.

Submissions for the Walter Boas Medal and the Award for Outstanding Service to Physics should be sent to Olivia Samardzic, aip_execmember_one@aip.org.au, while the Bragg Gold Medal nominations are made by Australian universities to their state AIP branch.

Further information on all the awards can be found on the AIP website.

Later in the year, our New South Wales Branch is offering a prize for an individual in that state who’s made notable contributions to physics education or community engagement and has demonstrated passion for the study of physics. 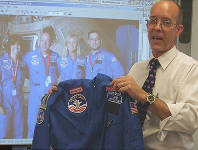 The 2014 winner was Ken Silburn, who is the organiser of the iSTEM Space Academy Program—which for the past 5 years has given students and teachers the chance to visit the US Space and Rocket Centre—as well as a teacher and science education leader in Sydney’s South West.

In September this year, Ken will deliver the 2015 Einstein Lecture at the Powerhouse Museum.

Nominations for the NSW community outreach award close 9 October 2015—for more details on how to apply, see the NSW AIP website.

Every year, our Victorian Branch’s Education Committee runs a competition for year 10 science and year 11 physics students to conduct experimental investigations on three topics, and then meet to present and defend their findings.

The topics for the 2015 tournament are:

Registrations are open until 13 November 2015, but teams are able to get started well before then. The final tournament, at which the teams meet and compete, will be held in the first week of December.

For more details, including how to register, see the Vicphysics website.

As of 18 February, the Western Australian branch of the AIP has started a series of general meetings.

Every two months, members and non-members alike are invited to come along to the Physics Building at the University of Western Australia to hear what the state branch is up to, listen to a few short presentations and meet their fellow physicists.

The next meeting will be at 5.30 pm on Wednesday 15 April. Find out more at the AIP events calendar.

Eyes on the prizes

No one undertakes research in physics with the intention of winning a prize. It is the joy of discovering something no one knew before. —Stephen Hawking

Professor Hawking’s thoughts aside, there are several opportunities for physicists to be recognised in upcoming science prizes.

The Australian Academy of Science is also inviting nominations for its 2016 honorific awards for scientific excellence. These include the Pawsey Medal for physics, the Frederick White Prize for physical, terrestrial and planetary sciences, the Nancy Millis Medal for Women in Science, and the Ian Wark Medal and Lecture in applied science. Nominations close 20 April www.science.org.au/honorific-awards

FameLab aims to hone young scientists’ presentation skills. Early-career researchers are given three minutes to explain their field of study with ‘no PowerPoint, no lab coats, no jargon’. State finals feed into a national final, and the winner competes at FameLab International in the UK. Applications close 2 March britishcouncil.org.au/programmes/science/famelab

One of his latest works is a modern re-imagining of Banjo Paterson’s “Clancy of the Overflow”, inspired by a hand-painted advertisement for a shearer, complete with mobile number.

Clancy@theoverflow
I had written him a text, which I’d sent hoping that next time he came in mobile coverage, he’d have time to say hello.
But I heard he’d lost his iPhone, so I emailed him from my phone – just addressed as follows Clancy@theoverflow.
And the answer, redirected, wasn’t quite what I’d expected; it wasn’t from the shearing mate who’d answered once before.
His ISP provider wrote it, and verbatim I will quote it, ‘This account has been suspended, you won’t hear from him no more’.
By Joe Wolfe

Unreported is whether a thumbnail dipped in tar can operate a capacitive touchscreen.

You can listen to Joe’s story on the ABC Rural website.

Jury in on climate science—Brian Schmidt

With the release of an updated version of the Australian Academy of Science’s climate change Q&A, physics Nobel Laureate Brian Schmidt has joined other prominent scientists in speaking out on the expert consensus on climate science.

“Most of the policy, business and political leaders I meet immediately apologise for their lack of knowledge of science. Except when it comes to climate science,” says Brian. “Whenever this subject comes up, it never ceases to amaze me how each person I meet suddenly becomes an expert.”

The academy’s booklet, written and reviewed by Australian climate scientists, explains how the Earth’s climate has changed over the past century due to greenhouse gases emitted by human activities, and how continuing emissions will lead to further warming.

You can read Brian Schmidt’s opinion column in The Sydney Morning Herald.

And for a more technical presentation on the thermodynamics of climate change, you can download David Jamieson’s opening address at the 2015 Victorian Physics Teachers Conference (PDF 2.34 MB).

To mark International Women’s Day the Perimeter Institute for Theoretical Physics has drawn up a collection of memes that celebrate the outstanding contributions that women have made to physics. To visit and share, see Pioneering women of physics. 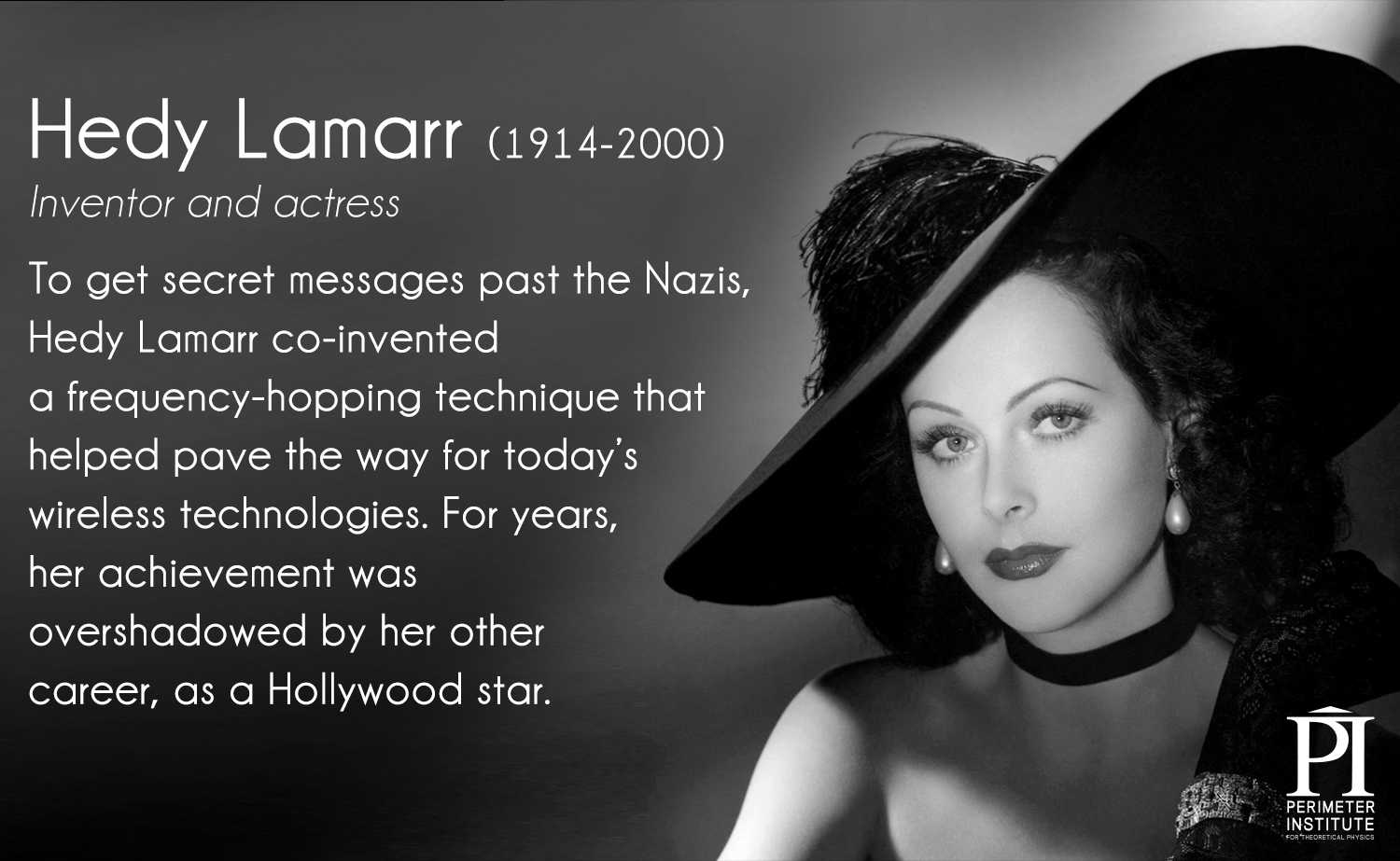 For students and teachers

Put your physics to the test on Luna Park rides.

Igor Aharanovich explains how to make single photon sources from diamonds, in this joint event with The Royal Society of NSW.

In addition to a talk by Lewis Tunstall, this event will include the presentation of the Bronze Bragg medal (for SA’s highest achievement in 2014 year-12 Physics) and Bronze Bragg certificates (for students who achieved a merit).

The cosmologist posted on Facebook: “Congratulations to Eddie Redmayne for winning an ‪#Oscar for playing me in The Theory of Everything Movie. Well done Eddie, I’m very proud of you.”

A study by the Northern Grampians Shire Council into reusing a Stawell gold mine to search for dark matter has won them the Local Government Professional Members Association Award.

An international team including ANU astrophysicists has discovered a quasar that formed just 900 million years after the Big Bang, far earlier than thought possible.

Testing the reality of quantum mechanics

Research at the University of Queensland supports wavefunctions being real and not just an expression of limited knowledge.

The quest for nuclear fusion

Astrophysicists at the University of Western Australia find galaxies that redden prematurely by ejecting gas needed for star formation.

Joint analysis of the BICEP2 data confirms that polarisation signals were caused by dust within our galaxy, not gravitational waves from cosmic inflation.

The ANU’s Anton Wallner and colleagues nail down half-life of iron isotope to 2.6 million years.

Scientists from UWA explain how light passing through layers in fish skin acts like electrons in semiconductors, giving them a silvery, mirror-like appearance.