2015 is the International Year of Light, giving all those of us who work with light a chance to shine. That covers most of physics, from nanophotonics through to astronomy.

We’re supporting our cognate, the Australian Optical Society, who are leading the way with activities around the country. In the next few weeks they’ll be holding networking events in different states to build momentum and share ideas. You can find out the details and register to attend by emailing light@scienceinpublic.com.au.

Using laser light to trap and cool atoms earned Steven Chu a Nobel Prize in Physics. He’ll be one of the headline speakers at this December’s AIP Congress in Canberra, and we profile him in this bulletin.

Postgraduate students in NSW and WA have the opportunity to win prizes for presenting their research, at events hosted by their state AIP branches. Registrations for both of these close soon, so read on and see how you can take part.

AIP Fellow and former President Tony Thomas was recently named South Australian Scientist of the Year, a worthy accolade for his decades of work here and overseas exploring the subatomic structure of matter.

The Australian organising committee is building the Light Year buzz with networking events around the country.

Come along and find out what is planned and share your ideas. If you’re interested in attending, please email light@scienceinpublic.com.au.

Among the top speakers lined up for this year’s AIP Congress (7–11 December in Canberra), is Nobel laureate and former US Energy Secretary, Steven Chu.

Steven’s work on using lasers to cool and trap atoms earned him the 1997 Nobel Prize in Physics, along with Claude Cohen-Tannoudji and William D. Phillips.

From 2009 to 2013 he was President Barack Obama’s Secretary of Energy, advocating for a move from fossil fuels to clean energy.

He is currently Professor of Physics and Molecular & Cellular Physiology at Stanford University, where his research team studies biological systems at the single molecule level.

And he was recently one of the many who accepted the Ice Bucket Challenge, which you can watch on YouTube.

Physics Honours, Masters and PhD students can meet their peers and show off their research at the AIP WA Branch’s annual Postgraduate Conference, to be held at Murdoch University on 3 October.

At previous conferences attendees have enjoyed discovering the breadth of physics research performed by people and groups they weren’t aware of, all in a relaxed, well-catered environment

There are prizes for the best presentations, and the day is sponsored by the AIP—although you don’t have to be an AIP member to attend.

Abstracts should be submitted on a template you can obtain from Chris Creagh (C.Creagh@murdoch.edu.au) and returned to her by 15 September.

Basic physics concepts such as gravity, friction, simple harmonic motion and electric and magnetic fields, are all demonstrated in a series of short videos now available on YouTube.

The AIP’s own Chris Creagh has uploaded 30 demonstrations for first-year physics students, as well as some longer videos that dig a bit deeper into what teaching activities help to build a learning environment.

All the videos were produced thanks to a National Teaching Fellowship from the Office for Learning and Teaching. They’re open access, meaning anyone anywhere in the world can download them, use them in lectures or discussions, remix them, play them backwards to music… As long as you cite where they came from.

You can find the videos on the Physics Vids YouTube channel.

Nominations are now open for AIP NSW Branch’s annual Postgraduate Awards Day, to be held at 2 pm on Tuesday 18 November in the Slade Lecture Theatre, University of Sydney.

Each NSW university is invited to nominate one student to make a 20-minute presentation on their physics research. Presenters will be judged on their content and scientific quality, clarity and presentation skills, with the winner receiving a a $500 prize and Postgraduate Medal.

The Royal Society of NSW will also award the separate Jak Kelly Scholarship prize of $500 at the event.

At 6 pm after the Awards Day there will be public lecture by the University of Western Sydney’s Ragbir Bhathal on “Some aspects of 40,000 years of Aboriginal astronomy”, followed by the NSW AIP annual branch dinner. Students nominated for the awards will be invited to attend the dinner as guests.

This event is proudly sponsored by the AIP, the Royal Society of NSW and the CSIRO.

Please email the title and abstract of your nominated student presentation to Dr Frederick Osman by Friday 10 October on fred_osman@exemail.com.au.

The Victorian Curriculum and Assessment Authority (VCAA) has released a consultation draft of their new Physics Study Design, and the AIP (Vic Branch) Education Committee is running forums around the state to gather the views of teachers.

Each forum will run for two hours, going through the changes in the new draft and leaving plenty of time for small group discussion.

Find out where and when your nearest forum will be and register to attend at www.vicphysics.org/aipforums.html.

SA Scientist of the Year is a physicist 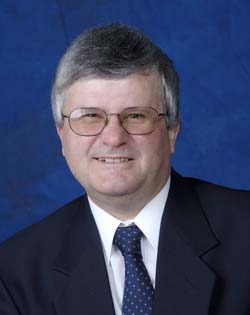 Particle physicist and Fellow of the AIP Anthony (Tony) Thomas was named South Australian Scientist of the Year at the Science Excellence Awards on 8 August 2014.

His research connects experiment, theory, computation and simulation to tackle fundamental questions about subatomic matter and physics beyond the Standard Model, as well as financial markets and atmospheric and climate studies.

Born in Adelaide, Tony obtained his PhD at Flinders University, receiving the University Medal in 1971. After numerous positions overseas—including at TRIUMF in Canada and CERN in Switzerland—he returned to Adelaide to take up a Chair in Physics in 1984.

From 1991 to 1993 he was President of the AIP, working on the first Strategic Plan for Physics in Australia.

He served another stint in the US as Chief Scientist and Associate Director for Theoretical and Computational Physics at Thomas Jefferson National Accelerator Facility, before returning again to the University of Adelaide in 2009.

A SKA for astronomy

Physics World in the UK has put together a short video that takes you on a tour of the Australian and South African sites for the Square Kilometre Array (SKA), with artists’ impressions of the telescopes and scientists and engineers talking about the opportunities and challenges they face.

With its Australian precursor ASKAP already producing exciting science results, the completed SKA will be the world’s largest radio telescope and give an unprecedented view of the sky.

You can watch the video online at PhysicsWorld.com.

Twinkling of the stars

Laurence Campbell will discuss the history and controversy of something we see every night yet still don’t fully understand.

Orsola De Marco reveals the fascinating world of astrophysicists from her personal experience.

CSIRO Astronomy and Space Science is offering 3rd-year students scholarships over the summer of 2014–15.

Geophysicists at the University of WA find signs of changes in tectonic plate movement.

Quantum physicists at UQ show that “superradiance” increases the ability of a group of atoms to absorb energy.

At a Town Hall meeting in July, the Australia Telescope National Facility discussed its response to funding cuts.

Applications for students to build a rocket and represent Australia in Japan close 19 September.

Mark Zammit, a PhD candidate at Curtin University, was named ExxonMobil Student Scientist of the Year for his atomic and molecular collision model.

A micro-fabrication process developed by Francesca Iacopi at Griffith University could lead to mass-production of low-cost sensor devices.

A star is born

In research published in Science, Monash University astrophysicists edge closer to understanding the formation of the Sun.

Clare Kenyon: How do I tackle the VCE physics exam?
Thu, 4 Sep 2014, 6pm
Hercus Theatre, School of Physics, The University of Melbourne
For students

The Most Massive Galaxies and their Precursors
9–12 February 2015, Sydney, NSW

Tweet
Seven new Group Leader positions; systems biology hotshots in Melbourne; and training around the country.
Six new Group Leaders partnering with EMBL Australia and other news from the Imaging Centre of Excellence