Here are my mid-week picks from National Science Week.

There’s more on all of these below.

We’ll be announcing the winners of the 2015 Australian Museum Eureka Prizes. There’s finalists in every state – get in touch if you’d like to interview any of them. More below.

Talking climate change with wine growers, and discovering the secret to seeing inside the human body

The winners of the 2015 Australian Museum Eureka Prizes will be announced on Wednesday 26 August.

The 49 finalists, from every state, have:

You can review all 49 finalists at australianmuseum.net.au/2015-finalists-eureka along with a short video for each entry.

It’s the Oscars of Australian science – no one knows if they’ve won until the envelope is opened on the night, but get in touch if you’d like to talk to any of the finalists before the award night.

Who is your science hero and what does a maths choir sound like? – Melbourne, VIC 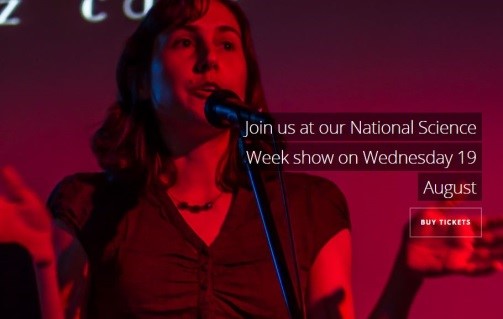 Five scientists from different fields will tell the remarkable stories of the heroes of their field. They tell the tales of the tragedies and triumphs of the men and women who made science their passion and left legacies of ground-breaking discoveries that inspire the scientists of today.

The event will also feature a choir of mathematicians from the University of Melbourne and the stories illustrated with projections from Robert Jordan, whose work featured in the Gertrude Street Projection Festival. Live in the atmospheric location of St Michael’s Uniting Church.

Intelligent robotics: the rise of ease or the rise of the machines? – Curtin University, WA

Dr Raymond Sheh (Intelligent Robots Group) talks about how advances in intelligent robotics have brought with them considerable advantages as well as new challenges.
Raymond will lead the audience on a journey of Computer Science in Intelligent Robotics, through a series of vignettes that cover the recent past, current state and future challenges of this fascinating area.

The League of Remarkable Women: discussion and exhibition – Acton, ACT

A public discussion panel will meet on the 19th of August as part of the “League of Remarkable Women in Australian Science” exhibition, to give the public an opportunity to discuss what it means to be a woman in science in 2015.

Our panel of scientists, both men and women, will talk about their own experiences and discuss initiatives that could support better diversity and gender balance in research.

Can ethics and psychology help with communicating climate change? A view from Princeton’s Melissa Lane – University of Sydney, NSW

The field of climate change communication (CCC) has recently emerged to address the gap between scientific knowledge of climate change and public motivation to respond. Psychologists in this field have offered helpful strategies for improving the effectiveness of CCC, but their research tends to neglect the ethics of CCC.

Professor Melissa Lane, Professor of Politics from Princeton University explores communication within an ethical relationship between speaker and auditor, emphasising the agency and judgment of auditors, and highlighting ways to build trust. She describes how Aristotle offers an art of rhetoric that can help climate scientists communicate both ethically and effectively, and that more generally provides insights as to the relationship between expertise and democracy.

Milking tarantulas and getting retweeted by Obama: should scientists have to entertain as well as inform? – Dutton Park, QLD

How difficult is it to communicate science and engage with the public in an era of mass entertainment? Is the public genuinely interested in science or just looking for a ‘show’; and does it matter so long as they stay interested?

In a “Talking [about] Science” event for National Science Week 2015, these questions and more will be tackled by our panel of experienced science communicators, with Emeritus Professor Peter Andrews AO as facilitator. 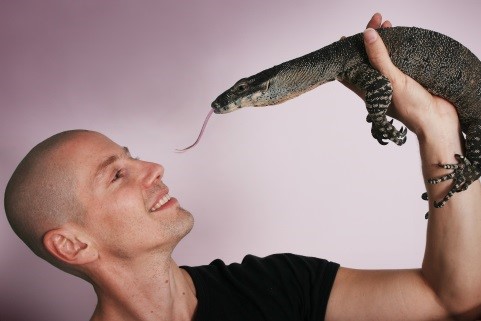 What is sexy science; how can we get young people into science; and can we keep the science industry sustainable?ABC Radio National’s Paul Barclay will be asking the big questions of science in a panel discussion at the Queensland Museum.

Can too many bananas, apples and oranges cause chronic disease?

We’re told to eat our daily serving of fruit and veggies. But fruit can have high amounts of glucose and fructose, which can lead to obesity and heart disease.

See two experts battle it out to decide if fruit it good or bad for you.

Dr Gary Fettke, Orthopaedic Surgeon and Senior Lecturer of the University of Tasmania, will discuss the role of fruit in a modern diet – is it natural to have fruit in your diet?

Professor Roger Stanley, Foundation Director of the Centre for Food Innovation at the University of Tasmania, will talk on the health properties of fruit and advocate why we are better off with them in our diet.

Why diamonds are a scientist’s best friend – Adelaide, SA 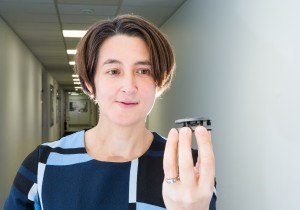 Diamonds are formed deep in the earth where high pressures and high temperatures slowly work to turn carbon-containing minerals into the hardest material known to science.

In this talk, Associate Professer Jodie Bradby will take us through the discovery of a range of exciting new and useful materials formed at similar pressures and temperatures. Many of these new crystal structures form naturally as nano-materials and have various applications including potential new materials for solar applications.

This event will be livestreamed through Australia’s Science Channel.

Presented in Association with the Australian Institute of Physics, as part of the National AIP Women in Physics Lecture Tour. This event will also include the awarding of the 2015 Claire Corani Memorial Award for the top second year female physics student at each South Australian University.

Should all men aged 50-69 years have annual prostate cancer screening with a PSA test?

Bernie Hobbs from ABC Science Online will moderate the debate between six experts on a topic that’s particularly important in light of the 3,300 Australian men that die from prostate cancer each year, and the 20,000 diagnoses annually.

The Menzies Director, Professor Tom Marwick, will host this light-hearted look at a serious subject.

Debating for the negative:

Debating for the affirmative:

Think before you leap: do you really want to know what your genes say? With Stanford University’s Kelly Ormond – Darlinghurst, NSW

Information encoded within your DNA provides insights into your ancestry, identity and health. Join guest speaker, Stanford University’s Professor Kelly Ormond, for an interactive event at the Garvan Institute of Medical Research where we will explore genetic information, its potential and pitfalls.

New technologies can now process all of a person’s genetic information—the six billion DNA letters that make up their genome—in weeks rather than years. Thousands of people around the world have now had their genomes read or ‘sequenced’. Researchers are ploughing through this avalanche of data to try to understand all of the information it contains.

Increasingly, people around the world have decided to buy genetic tests online or to have their entire genomes sequenced. During this event, Professor Ormond, who is an ethicist, genetic counsellor and educator, will use publicly available genomes to explore the promise and consequences of this data. 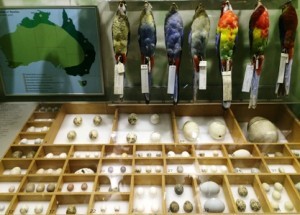 CSIRO is the custodian of a number of collections of animal and plant specimens that contribute to the discovery, understanding and conservation of Australia’s plant and animal biodiversity.

During National Science Week, CSIRO is offering a sneak-peek into their working research collections with a Collection Talk and Walk.

Tweet
Killer litter, ecohomes, and asking ‘can science save humanity?’
The great prostate debate; bringing science to wellness; making babies; and is fruit making you fat?