How would you and your team do?

A great way to train and test your best scientists is push them into the limelight by nominating them for a prize. As part of the #ideasboom, the Prime Minister has expanded his prizes for science and innovation and there are a host of other opportunities in this bulletin.

Or push your young researchers into Science Week – grants are open in most States.

And we offer media training – if you can guarantee a minimum of six people in a capital city we can organise a course.

This week also sees the opening of Australian Institute for Nanoscale Science and Technology at The University of Sydney. More on their launch below, and it’s not too late to join them http://bit.ly/23GrsWJ

And from next month you can meet the 2016 Fresh Scientists in pubs around the country – starting in Melbourne on 31 May.

More on all of those below.

Help us recognise Australia’s best scientists, innovators and science teachers by nominating them for one of the Prime Minister’s Prizes for Science.

The prizes highlight achievements in science research and excellence in science education.

Graham Farquhar whose knowledge of photosynthesis is leading to new crops, and solving climate mysteries. He won the $250,000 Science Prize last year. Other past winners include Ian Frazer for his cervical cancer vaccine, John O’Sullivan for making Wi-Fi fast and reliable.

Graeme Jameson whose trillions of engineered bubbles have earned billions of dollars for mineral and coal producers – he won the inaugural $250,000 Innovation Prize.

Early to mid-career scientists and innovators who are living the #ideasboom like Angela Moles, Cyrille Boyer, Jane Elith, Ben Eggleton, and Naomi McClure-Griffiths.

Science teachers, primary and secondary, like Ken Silburn and Rebecca Johnson who are inspiring the next generation with a love of science and exploration.

If so, nominate them for one of these prizes:

The winners also receive national recognition, and meet leaders in science, industry, education and government. The prizes are presented by the Prime Minister and the Minister for Industry, Innovation and Science, at a gala dinner in the Great Hall of Parliament House, Canberra. 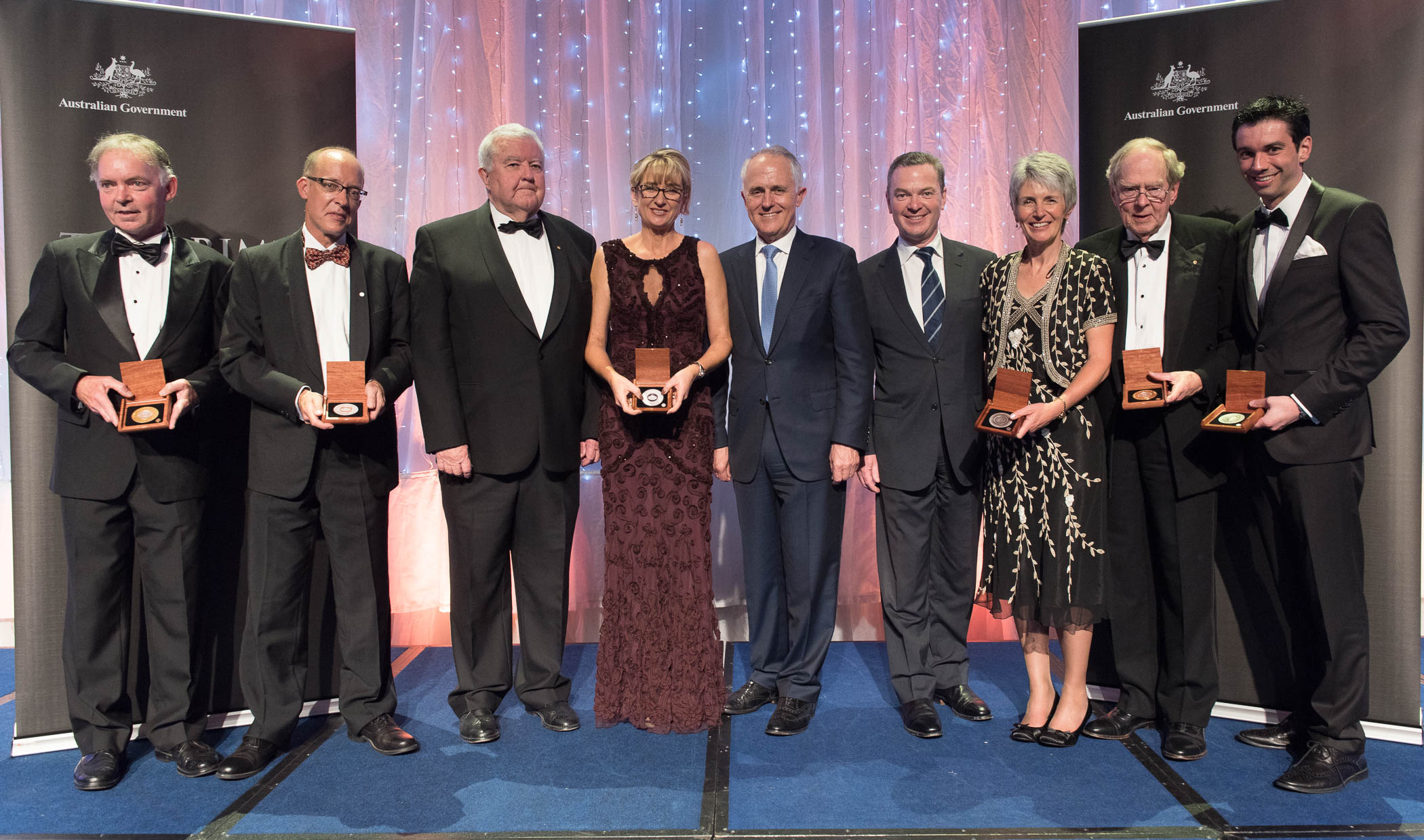 Science Week 2016 will have lots of innovation and tech talk, with inventor, innovator and co-founder of Apple Steve ‘Woz’ Wozniak touring Australia and the school theme of ‘Drone, Droids and Robots’.

An Evening with Steve Wozniak, (presented by Think Inc. who brought Neil deGrasse Tyson to Australia last year) will give audiences the opportunity to hear about technology, innovation, invention and ethics, from someone who revolutionised modern technology and mainstreamed the digital world. 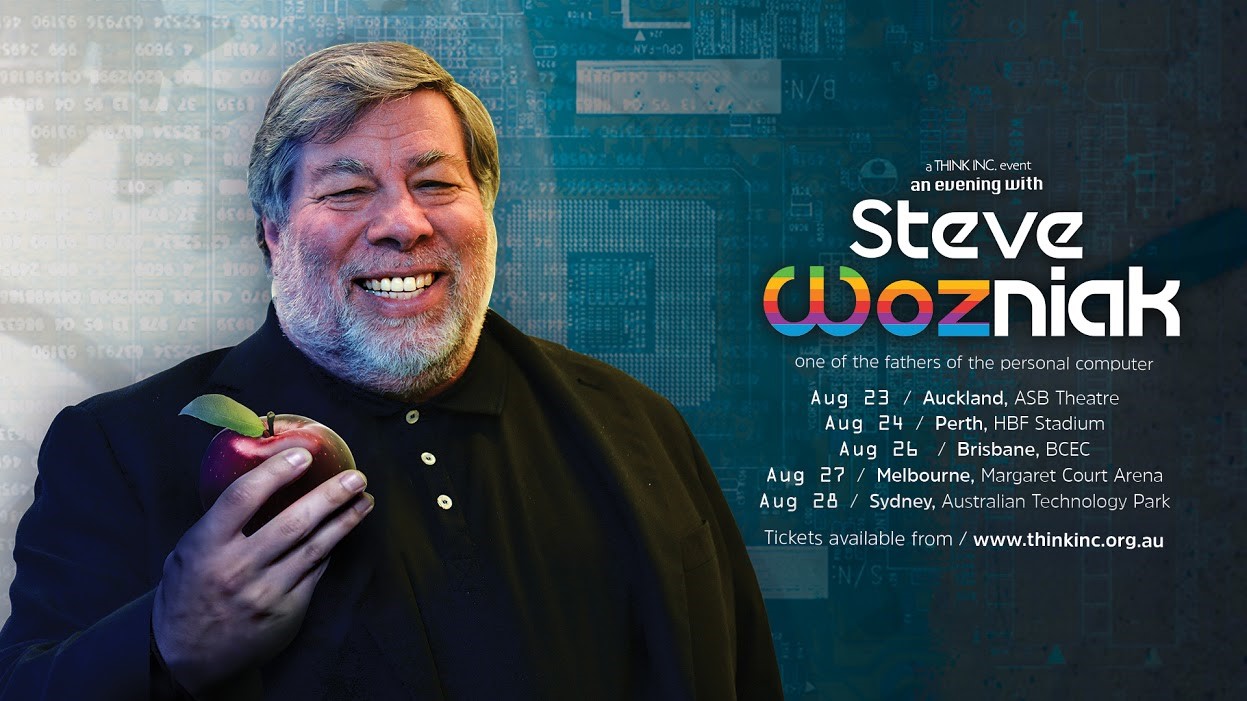 If you’re organising a Science Week activity and could use some cash, several state and territory Science Week committees are offering grants for local events.

And even more prizes

Eureka Prizes open until May 6

Nominations close 6 May. More at: australianmuseum.net.au/eureka

Are you a young scientist with a flair and passion for communicating your research?

UNSW and ABC RN have teamed up again for Top 5 under 40, an exciting initiative to discover Australia’s next generation of science communicators and give them a voice.

Applications are now open for outstanding early-career researchers under 40 who are working in Australian universities and research organisations across science, technology, engineering, mathematics and medical research.

The Top 5 winners will undertake a two-week media residency in Sydney at Radio National.

Hear from the 2015 ‘Top 5’ on how the program changed their lives and careers. You can also watch their videos from the inaugural program on the RN website.

AMP are offering $1 million in grants to Australian innovators, inventors, artists and musicians.

They’re looking for individual Australians who are working hard to make a difference in their chosen field.

Last year they awarded 42 grants to “Tomorrow Makers”, including a blue carbon pioneer, a youth sexual health researcher and an engineer working on a community biofuel project.

Grants of between $10,000 and $100,000 will be awarded for a range of activities, including training, travel and equipment costs, research and rent.

To apply you’ll need to outline what you want to achieve, how you plan to get there and what you’ve done to move towards your goal. You’ll also need to include two referees and a budget.

Applications open now until 18 May at: www.ampstomorrowfund.com.au

Where would Australian science be without our lab techs, field officers, support staff, tradies and machine operators?

As a part of National Science Week, the Australian Academy of Science are recognising these workers who keep Aussie science moving.

Along with RiAus they’ll be filming a video series showing a day-in-the-life of seven Australian science support staff.

Then during National Science Week in August, they’ll release the videos and announce the winner of the competition who will win a day with a leading scientist.

If you’re a passionate “science supporter” or want to nominate one from your organisation you can do so until 1 May at: www.science.org.au/news-and-events/events/on-the-job

The Academy’s honorific awards are open to scientists of all levels of experience across physical and biological science. They’re also offering funds for research, conferences funding, and travel.

This is the tenth year of the WA Science Hall of Fame, which recognises exceptional, lifelong contributions to science, technology, engineering or mathematics (STEM) in Western Australia.

The 2016 inductee will be selected from nominations submitted by members of the public. Posthumous nominations will be accepted.

Applications close 10am Thursday 19 May.

Batteries in your walls, and hitting a single atom at new nanoscience hub

This Wednesday 20 April will see the opening of the $150 million Australian Institute for Nanoscale Science and Technology (AINST) at The University of Sydney.

Some of the technologies being developed there will enable:

This week the Institute’s Director signed an $11 million battery development deal with UK company Armstrong which specialises in solar energy at utility-scale –http://bit.ly/1V2BcWp

The AINST team say they have the best nanoscience facilities in Australia.

Some of the Institute’s plans include:

Their launch includes a scientific meeting on Wednesday and Thursday – details at: sydney.edu.au/nano

Need to talk about your research but unsure how?

Join Science in Public for their one-day media and communication training workshop and get some help.

Conveying the complexity of your research, your life’s work, into a 30-second grab for the media can be hard. The solution is to shape the essence of your science into a story.

We will help you find the right words to explain your research in a way that works for the media, as well as for government, industry and other stakeholders.

Two experienced science communicators will work with you to find the story in your research. Over the years we’ve helped Monash launch the world’s first printed jet engine, revealed the loss of half the coral on the Great Barrier Reef, helped CERN announce the Higgs boson, and revealed the link between CSIRO’s Wi-Fi patent and Aussie astronomy.

Working journalists from television, print and radio will join us over the course of the day to explain what makes news for them. And you’ll get the chance to practice being interviewed in front of a camera and on tape.

The day’s insights and training will help you feel more comfortable in dealing with journalists when media opportunities arise.

Courses run 8.30am to 5pm. Cost is $800+GST and includes lunch, morning and afternoon tea, with lattes on demand.

We can also hold courses in other locations or on other dates. If you have at least four participants, we can probably find others in your area to make a course viable. If you can guarantee six participants, then we’re happy to confirm a course in your city/campus.

Meet the 2016 Fresh Scientists at a pub near you

Join us to watch ten fresh young researchers present their work at the pub. And help them put their story in haiku and limerick.

The ten up-and-coming scientists will describe their scientific discoveries in the time it takes a party sparkler to burn out. It’s about a minute – sparklers are wonderfully variable.

Last year we learned that Great Barrier Reef sharks are homebodies, how brain-training can give tendon pain the boot, and how ‘filtering’ the blood could remove cancer cells. 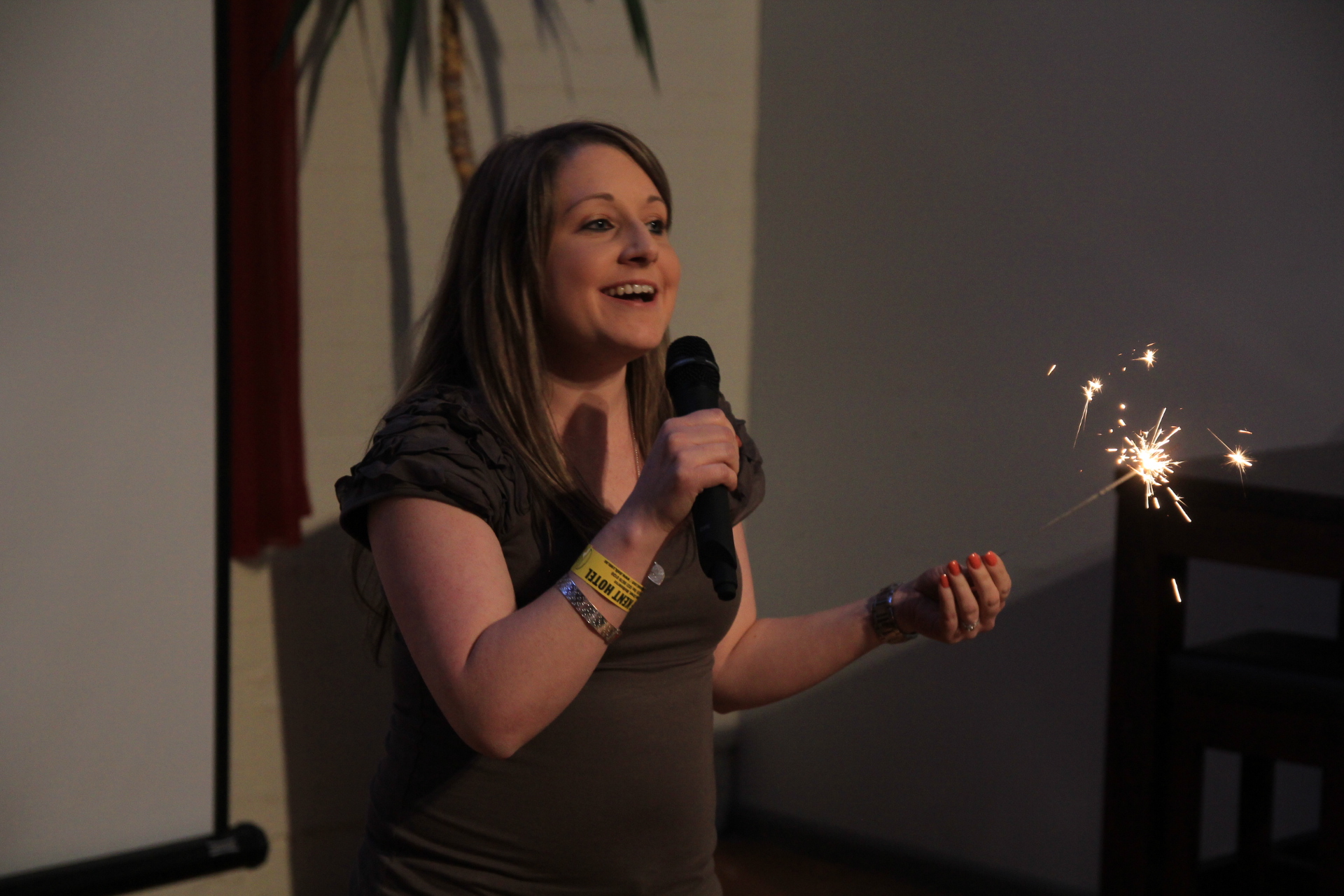 It’s free to come along, but you’ll need to book. And if we’re not coming to your city, help us bring Fresh Science to you in 2017.

Fresh Science is a national competition that helps early-career researchers find and then share the stories of their scientific discoveries. Almost one hundred early-career scientists around Australia nominated for Fresh Science 2016.

Melbourne is the first leg with the support of Museum Victoria, Swinburne University of Technology and the CSIRO. We’re heading to the refined old Kelvin Club, hidden up a laneway off Russell St in the city. Come along!