We help the ABC from time to time.

Wildlife Spotter, the ABC\’s citizen science experiment for National Science Week 2016 launched on Monday 1 August and will run into September.

For media enquiries, to organise interviews, or for more information about Wildlife Spotter:

Talent available for interview and quotes

Does cutting your contribution to climate change also improve your mental health? Researchers want to know how you’re dealing with eco-anxiety.

The public health scientists – from Melbourne’s Deakin and Monash universities – are exploring how bad news about the environment brings us down and whether taking even small actions on climate change boosts our mental health.

To find out, they are asking people to take a survey which aims to understand the mental health impacts of climate change.

See how much carbon you could save with just one small change and join our national online challenge to cut carbon emissions.

Put on a jumper when you’re cold, cut your shower time, eat roo or fish instead of beef, cycle instead of driving. These are some of the small changes that you, your household or your school can adopt to reduce your carbon footprint.

Sign on at Carbon Counter, a countrywide challenge produced by the ABC Science for National Science Week. See what savings your lifestyle hacks will make and pledge to make a difference.

The Carbon Counter project – which launches onWednesday 12 August– invites individuals, households and schools to pledge small changes to day-to-day energy, food and transport use with the aim of reducing greenhouse gas production.

Early results from Australia-wide experiment suggest being outdoors can be a good way to trigger “aha” moments.

People are most likely to have a sudden bright idea when out in the bush – or lying in bed.

That’s one of the early observations arising from The Aha! Challenge, the month-long Australia-wide science experiment that kicked off during National Science Week and runs until the end of August.

The experiment, which revolves around a series of online brainteasers, aims to explore sudden bursts of clarity and insight, and their role in problem-solving. In effect, it’s a nationwide quest to find the things that make you go “aha!”…

And so far the results have been very revealing.

Researchers set up Australia-wide experiment to explore why and when the pennies drop.

Scientists want to know the things that make you go “aha!”.

Throughout August, researchers from the University of Melbourne are conducting a country-wide citizen science project to better understand how the human brain works.

The focus of the project, dubbed The Aha! Challenge, is to investigate the kind of sudden problem-solving insight that makes you spontaneously exclaim “yes!” or “at last!” or, indeed, “aha!”. It’s the ABC’s community project for National Science Week.

Citizen scientists from around Australia are helping scientists and reef managers get a much better picture of the health of the Great Barrier Reef.

So far, they have looked at over 2.7 million points on more than 170,000 underwater images of the Reef and told us whether they can see coral, algae or sand.

END_OF_DOCUMENT_TOKEN_TO_BE_REPLACED

The Great Barrier Reef is big, so big that scientists need your help to track its health.

We’re inviting every Australian to dive through their computer screens into the Reef by taking part in Virtual Reef Diver—the ABC’s online citizen science project for National Science Week and the International Year of the Reef.

“We need the community to pitch in to help us classify thousands of underwater images of the Reef,” says spatial scientist and project leader Dr Erin Peterson from Queensland University of Technology.

“Tell us whether you can see coral, algae or sand, and we’ll be able to get an estimate of the coral cover in that image.”

END_OF_DOCUMENT_TOKEN_TO_BE_REPLACED

We spend three hours a day on our phones, on average, with almost one in five of us admitting we check our phone at least once every 15 minutes.

These are some of the early findings from Australia’s Biggest Smartphone Survey, which is looking at how we use our smartphones and how we feel about them.

More than 10,000 people have taken part in the survey so far, but there’s still plenty of time to participate with the survey running until Friday, August 25.

In particular, researchers want to hear from more young people, especially those aged between 12 and 25.

Psychology PhD student Bep Uink from Murdoch University, says: “Young Australians are digital natives so it’s possible they have more sophisticated relationships with their smartphones than their parents’ generation.”

“It’s really important for researchers to hear from young people about the benefits they get from their smartphones, and conversely the downsides of having such a ubiquitous device in their lives, that we might not otherwise be aware of,” she says.

Other early findings from the survey show: END_OF_DOCUMENT_TOKEN_TO_BE_REPLACED

Are you a slave to your smartphone? Or have you mastered your mobile?

Researchers want your help to build a deeper understanding of our relationship with our smartphones.

How has having a smartphone changed your life?

Has it made your life easier? Or harder? How much time do you spend on it? Does it help you connect (or disconnect) with people? And could you live without it?

Australia’s Biggest Smartphone Survey is asking you to share how you use your smartphone and what impact this ubiquitous device is having on your life.

END_OF_DOCUMENT_TOKEN_TO_BE_REPLACED

A taste of some of the 1,800+ National Science Week events and activities around the country.

END_OF_DOCUMENT_TOKEN_TO_BE_REPLACED 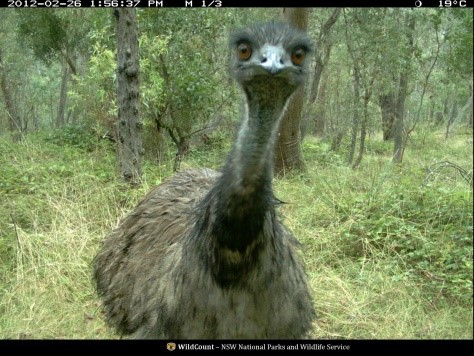 But the project has been so successful that the wildlife spotting will continue at Australian Museum.

Scientists are available to talk about the impact of the project, and how it will change their research on how our native wildlife are going in the wild.

Media release below, or contact Ellie Michaelides for interviews on ellie@scienceinpublic.com.au or 0404 809 789.    END_OF_DOCUMENT_TOKEN_TO_BE_REPLACED

We get science into the public space

We are a specialist science communication and public relations business. We help you communicate complex ideas simply to the public, media, government, and industry; on any platform from social media, to media, pitches, publications, events and conferences.

Our team are all working from home and can consult/train/mentor/write via phone, Zoom, Teams, Skype etc

For interviews and media stories:

Stay up to date

Journalists – get the latest science stories with our media bulletin.

Science community – be reminded about closing dates for science awards and other science news.

Sign up now or find out more about our bulletins.

Recent comments from our media training workshops:
Sarah is an excellent communicator. I usually find it difficult to engage in a full day's course, but I did not feel that way at this course.

Sarah is an excellent communicator. I usually find it difficult to engage in a full day's course, but I did not feel that way at this course.
https://www.scienceinpublic.com.au/testimonials/24338
Really liked the way you trained everyone on their field to help them on their research and how they can maximise it.

Really liked the way you trained everyone on their field to help them on their research and how they can maximise it.
https://www.scienceinpublic.com.au/testimonials/24339
I think we should receive this kind of training since graduate studies.

I think we should receive this kind of training since graduate studies.
https://www.scienceinpublic.com.au/testimonials/24341
Well presented & great format

Well presented & great format
https://www.scienceinpublic.com.au/testimonials/24342
Sarah's structure of the course, specific insight and understanding of science, her contacts and common mistakes made in communication were great and furthered my skills in this area.

Sarah's structure of the course, specific insight and understanding of science, her contacts and common mistakes made in communication were great and furthered my skills in this area.
https://www.scienceinpublic.com.au/testimonials/24343
This is one of the best science communication courses I have ever encountered. It teaches all research to think out of box and really simplify their research in lay man's language. I will highly recommend this to anyone looking to learn more about science communication.

This is one of the best science communication courses I have ever encountered. It teaches all research to think out of box and really simplify their research in lay man's language. I will highly recommend this to anyone looking to learn more about science communication.
https://www.scienceinpublic.com.au/testimonials/24439
0
0
Science In Public
Click here to read more comments and feedback