In this month’s newsletter:

Australia’s new Education Minister, the Hon Chris Pyne, wrote to the chairman of the EMBL Council in November seeking renewal of Australia’s Associate Membership of EMBL for two years.

I am very happy to report that Australia’s application was unanimously adopted by the EMBL Council. Council also agreed that the renewal will be initially for two years but automatically prolonged after 2017 unless otherwise decided by the Australian Government or EMBL Council.

This vote of confidence by the both the Minister and the EMBL Council is particularly gratifying in light of the healthy development of EMBL Australia in 2013, the establishment of our South Australian node, the growth of SBI Australia, and plans for nodes in WA and the ACT.

Others around the world are also watching our success, with Argentina signing up as the second EMBL Associate Member State. Our experience in Australia has clearly shown the world how the model can work!

The Hon Chris Pyne has let us know that he is delighted with the renewal of Australia’s Associate Membership of EMBL.

In the meantime, I am pleased to introduce:

Making new connections with researchers around the world has been a major focus of EMBL Australia’s events and activities this year. Visiting scientists from Japan, Europe, and the USA have helped Australian students, researchers and industry extend their knowledge and networks. In turn, Australian scientists and students have traveled to EMBL in Europe to develop their connections, gain an edge in their research careers, and bring home specialist skills to Australia.

I wish you all a happy holiday, and look forward to interacting with you again in the New Year. 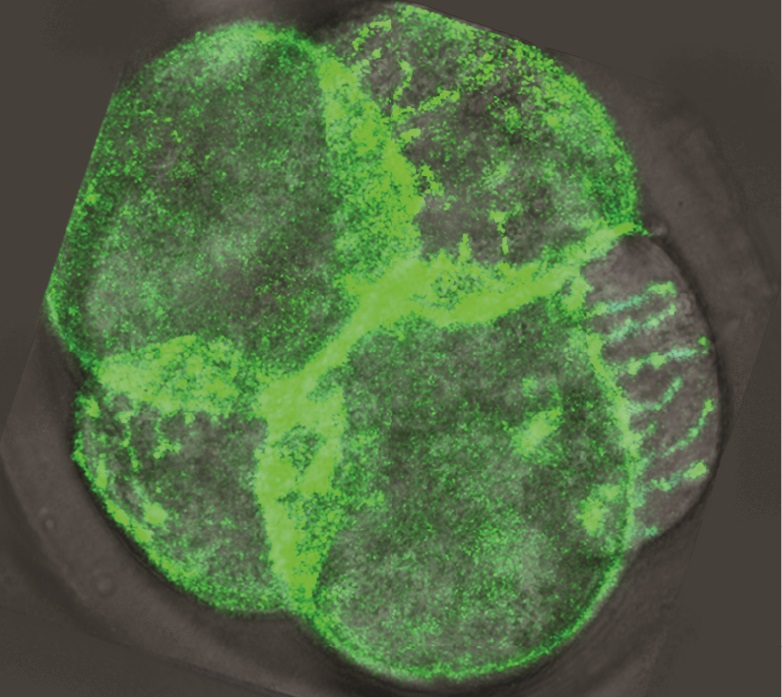 When you were an embryo, just 8-cells large, your eight roundish cells did something they had never done before – something that would determine whether you survived or failed. They changed their shape.

It may seem simple enough, but this re-shaping process allows the cells to compact, which is essential for embryo success. When compaction does not occur, embryos tend not to survive.

But how did these young, seemingly featureless cells undertake this vital shaping process?

This is the question that EMBL Australia research group leader Dr Nicholas (Nico) Plachta and his team have answered in their latest research paper published in Nature Cell Biology in November. And their findings also caught the attention of national news such as Nine MSN and the Herald Sun.

The research team used live imaging technology and microinjected fluorescent markers to capture the action in vivid images and video. The study used mouse embryos as a model for mammals including humans.

“Our images reveal  arm-like structures called filopodia appearing on the outer membrane of approximately half of the cells during the 8-cell stage, and it is these filopodia that are responsible for contorting cell shape, and forming the embryo’s first tissue-like layers,” says Dr Juan Carlos Fierro-González, who is co-lead author of the paper with Dr Melanie White.

“Our findings reveal a completely unanticipated mechanism regulating the earliest stages of embryo development,” says Dr Plachta. “And we can apply that knowledge to human IVF treatments.”

Read the full story and watch video of the cells in action.

Competitive advantage for Aussies at the EMBL PhD Symposium in Germany

Life is full of competition. From molecules to entire systems, all are in some form of race for survival. And the same goes for research.

In late November, 20 early career PhD students from universities around Australia travelled Germany for the 15th Annual EMBL PhD symposium – a conference designed for students, organised by students.  This year’s theme was Competition in Biology.

The symposium was not only a chance for students to hear from experts and learn new skills, but also to gain a ‘competitive edge’ in their own research careers.

Joanna Kwiatek, a student at the University of New South Wales, went to the conference, and also took the opportunity to present as a ‘Short Talk’ speaker.

“Being a Short Talk speaker was a challenge! But I am really glad that I rose to that challenge, and I was really pleased with how it went. The great thing was that other students approached me afterwards, and we had interesting discussions about my research work.

“The keynote speakers also presented some interesting talks and were very open for discussion with students, which I personally found useful to open my mind to different kinds of science.

“I hope my adventure with EMBL has just started.”

Next year’s symposium will be held on 23-25 October 2014. EMBL Australia will offer travel grants again in April/May 2014, so keep an eye on our Facebook page or our students page for announcements.

The unique building that will be home to SAHMRI, Adelaide’s new research institute, was officially opened on Friday 29 November. The $200 million building will also be home to the new South Australian node of EMBL Australia, launching in early 2014.

The Prime Minister spoke at the event and highlighted that centre is not just an asset for South Australian medical research, but for the whole of humanity.

Read more about the SAHMRI opening 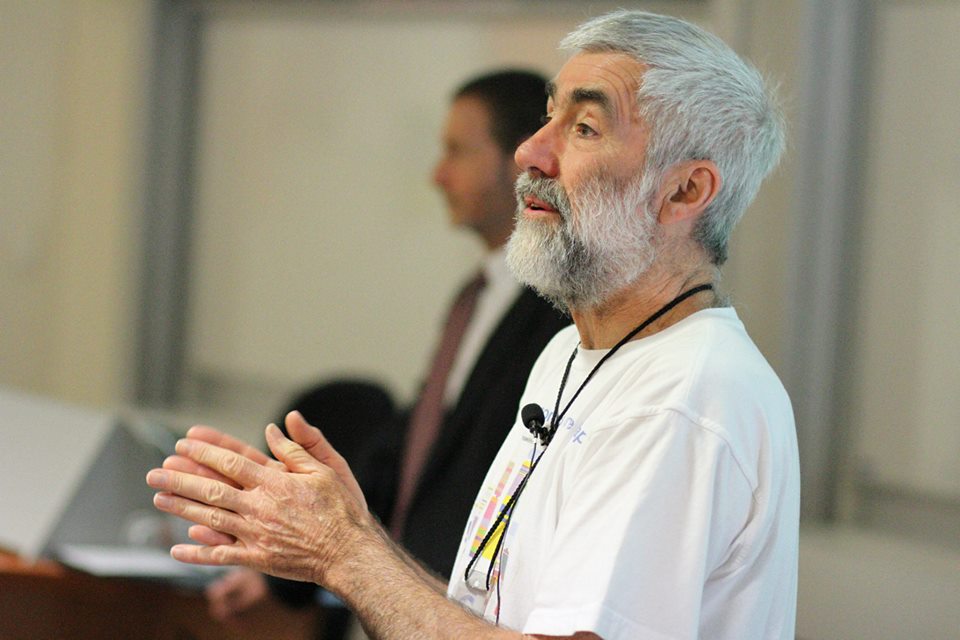 In June this year, Australia’s Chief Scientist highlighted that maths is “the only subject whose study consistently enhances performance across all fields of science”. And for proof of this, we need look no further than Terry Speed.

At 70, he has used maths and stats not only to write elegant theoretical papers, but to testify in court, help farmers and diamond miners, and give biologists the statistical tools to help them cope with the genomic revolution.

He was recently admitted into the Royal Society and in October this year, he was honoured for a lifetime’s work in statistics with the Prime Minister’s Prize for Science.

Last week we were thrilled to see Terry give a talk at BioInfoSummer 2013 – on ‘Bioinformatics before, during and after the era of genomics’.

Having been involved in every BioInfoSummer to date, Terry saw this year’s gathering as a particular standout.

“In my opinion, this year was the most successful, not just in the large numbers that came along, but in the reach to different fields of science.

“It wasn’t  just the mathematically-inclined people from universities and research institutes who came along, but others from health, agriculture and other bio fields”

See the presentations from BioInfoSummer 2013 on the Australian Bioinformatics Network SlideShare.

See the photos from the event.

EMBL Australia is pleased to be supporting the course again next year, through our Australian Bioinformatics Network initiative and are pleased to see BioInfoSummer coming to Monash University in 2014. More details. 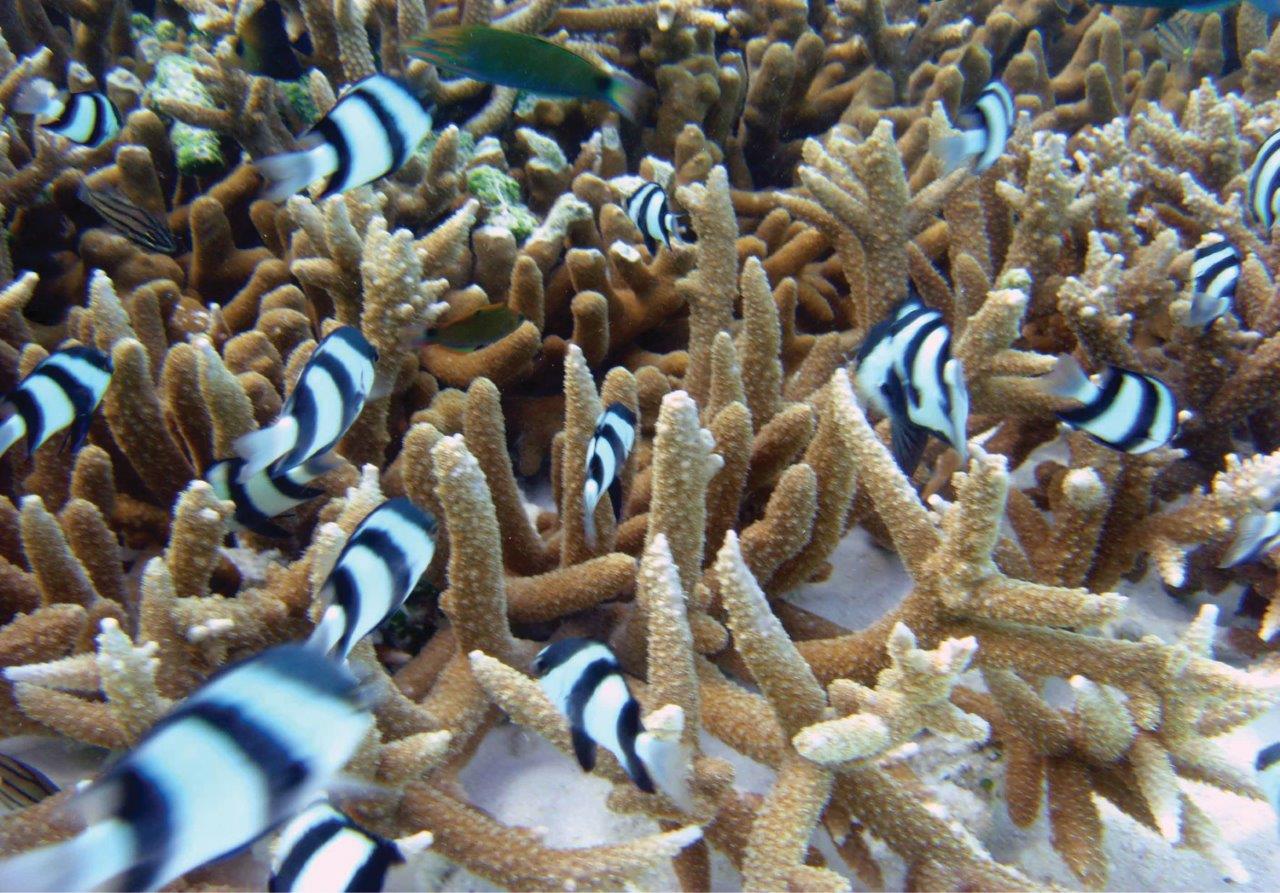 The Bioinformatics Resources Australia EMBL(BRAEMBL) is preparing to showcase Australian bioinformatics research to the world, and they will begin by sharing some uniquely Australian data.

Since opening in 2011, BRAEMBL has been making it easy for Australian researchers to access the global collection of biomolecular data stored at EMBL’s European Bioinformatics Institute (EBI) facility in the UK. The EBI is one of a handful of centres worldwide that collect, share and make such data available.

Australian researchers themselves are also collecting a wealth of data that must be deposited into global collections, but it’s not always easy to submit and process the data so that they are visible at the highest possible quality.

Their first project will involve genomic data on Great Barrier Reef species, and discussions on processing koala genomic data are underway. Enquires about others species are also starting to stream in.

In January they will travel to the UK to spend three weeks training at the EBI. Once they return, they’ll be ready to start uploading Australia’s genomic data.

Congratulations to EMBL Australia research group leaders who have both received grants in the latest round of NHMRC funding, announced in October 2013. With their grants:

If you have events to add to the EMBL Australia events calendar, drop us a note atinfo@emblaustralia.org with the details and a link for more information.

EMBL – the European Molecular Biology Laboratory – is Europe’s flagship for the life sciences. The Australian government joined EMBL as an Associate Member in 2008.

EMBL Australia is an unincorporated joint venture between members of the Group of Eight universities and the CSIRO, supported by the Australian government.

Tweet
Dates for 2014 L’Oréal Fellowships; updates on past Fellows; and other news for women in science
Boas lecture, ANSTO apps, boson books, conferences and the return of Brian Cox: physics in December – January